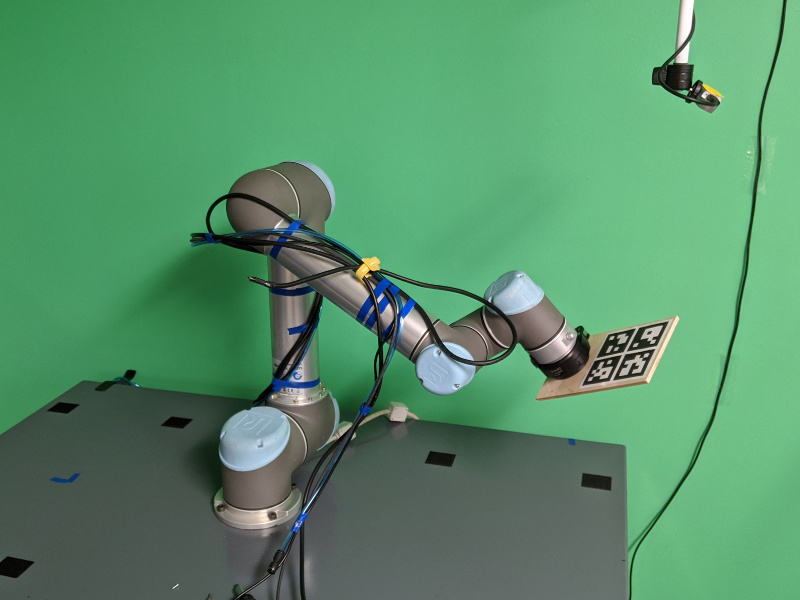 MoveIt can now help your robot see it, too, thanks to the new MoveIt Calibration package. Many robotic applications depend on vision to perceive the world and plan robot motions. But without knowing where the camera is in relation to the robot, any spatial information extracted from the camera is useless. Extrinsic calibration is the process to determine the camera’s pose, and MoveIt Calibration provides a straightforward, GUI-driven process for extrinsic camera calibration, whether the camera is stationary in the scene or attached to the robot end-effector. 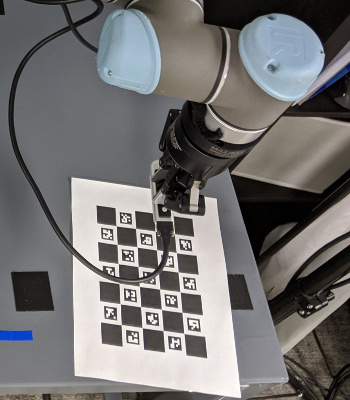 When calibrating a camera attached to one of the robot links, which is known as “eye-in-hand” calibration, the target is placed statically in the scene, allowing for easy computation of the camera motion. The dataset required for calibration consists of the camera-to-target transform paired with the base-link-to-end-effector transform. At least five pose pairs are necessary to compute a calibration, and typically the calibration gets more accurate as more pose pairs are collected up to about 15 pairs. MoveIt Calibration provides automatic planning of new calibration poses, or manual collection of pose pair samples if the user wants to plan and execute poses in a different manner.

Calibrating a camera that is stationary in the scene, called “eye-to-hand” calibration, proceeds similarly to eye-in-hand calibration. The camera and the calibration target are merely swapped–now that the camera’s pose is static in the base link frame, the target must be put in the end-effector frame. Often, this simply means gripping the target with the end-effector.

For more information on the mathematical methods used in MoveIt Calibration to solve for a calibration, see Daniilidis, 1999, Park and Martin, 1994, and Tsai and Lenz, 1989. 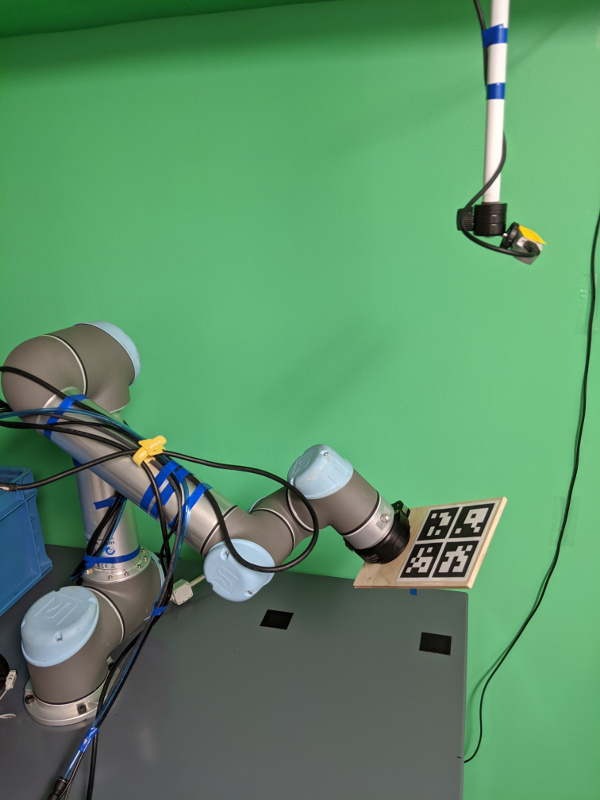 We’d like to thank Yu Yan at the Intel Open Source Technology Center for his work developing this new tool in the MoveIt ecosystem. PickNik Robotics has collaborated with Intel in testing and preparing this new functionality for release.