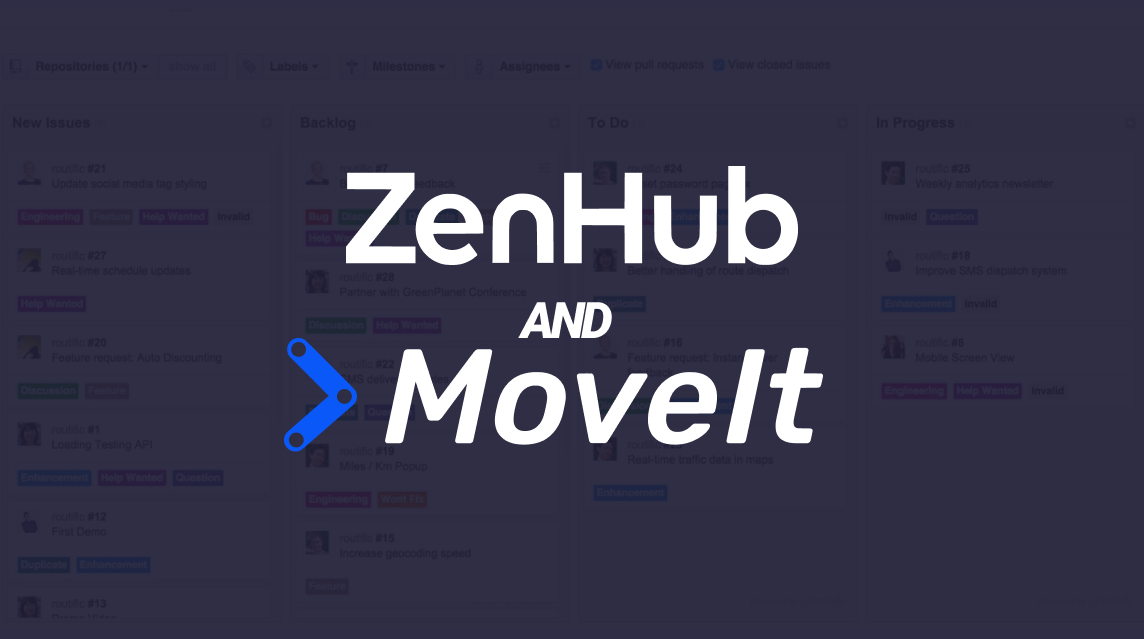 We are on our second MoveIt sprint using ZenHub for planning and would like to share with you what the PickNik team is doing to improve MoveIt. From a high level the major efforts of this sprint were:

This sprint henningkayser is continuing his work on porting the Pilz planner into MoveIt 2. The Hybrid Planner is also getting close to being merged. These improvements and many more are targeted to be included in our December Galactic release of MoveIt.

JafarAbdi’s project to port MTC to ROS 2 is now merged. You can see his work here in the PR. MTC is now complete ready to be used on ROS 2.

vatanaksoytezer made some nice additions to our infrastructure. In this last sprint, he rolled out a Mergify bot into both the moveit2_tutorials and moveit2 repos. The first thing this bot helps with is to detect when there is a conflict with a PR and ping the author to fix it. Secondly, it automates backporting changes. We’ve already used it several times for things in the tutorials and it is saving us time and making sure changes don’t get lost.

The base homepage of the tutorials for MoveIt 2 has changed this sprint from http:://moveit2_tutorials.picknik.ai to https://moveit.picknik.ai. The reason for the URL change is that it is a GitHub page and you cannot get an SSL certificate for pages with an underscore in the name.

Secondly, the tutorials now follow the pattern of the official ROS 2 docs in that they are deployed from multiple branches for the various ROS repos.

Syncing changes from MoveIt on ROS 1

henningkayser added documentation to the MoveIt website here about the process we are now using to sync changes made on MoveIt on ROS 1 into MoveIt on ROS 2. Abishalini has taken doing the work of these syncs and has closed many of these. We are still many commits behind but are now doing syncs regularly and catching up.