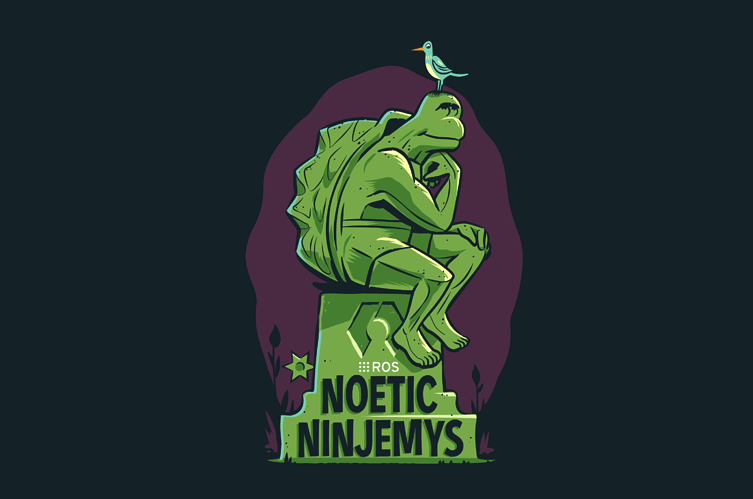 We are proud to announce that MoveIt is now available as a Debian download for the ROS 1.0 distribution Noetic Ninjemys. This long term support (LTS) version of MoveIt 1.0 will be supported until May 2025, although future development of MoveIt will now focus on MoveIt 2.0 (for ROS 2). Because this is the last distribution of ROS 1, we are not promising API stability for at least the next 6 months. Instead, we will continue to add new features and improvements to MoveIt Noetic as they are developed in the development branch.

All the latest features of MoveIt that we have been developing over the last 2 years since the release of ROS Melodic are now available for Ubuntu 20.04, which includes full Python 3 support along with many other major features:

What does it take to Migrate to Noetic?

Full migration notes are available here, but some important changes include:

Should I migrate to MoveIt Noetic or MoveIt 2 Foxy?

The MoveIt 2 Foxy release is already available, so to best future proof yourself we recommend “pulling off the bandaid” now and switching to MoveIt 2 Foxy. Especially if you are planning long-term and are aiming for running your robot application in a production environment at some point, it’s advisable to invest in running ROS 2 rather early than later. However, if you already have significant investment in ROS 1, you will find the migration to Noetic much easier as ROS 2 is a full rewrite of the middleware. Both releases require upgrading to Ubuntu 20.04, so using Noetic as a stepping stone to ROS 2 may also be a good idea as the latest version is synced with the Foxy branch to maintain feature-parity during the transition phase

Thank you to all the maintainers and contributors of MoveIt who made this release possible! We encourage you to get involved with the project by contributing code and bug fixes!