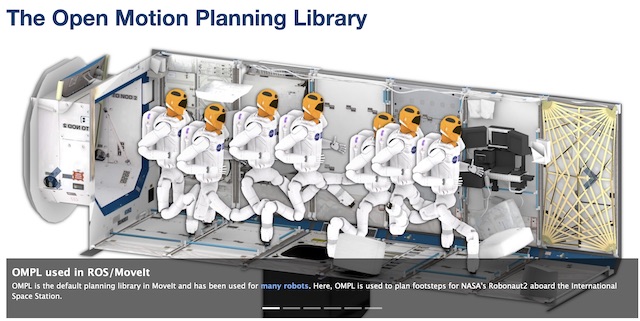 We are happy to announce version 1.5.0 of the Open Motion Planning Library (OMPL). OMPL is used as the default planning library in MoveIt.

Major contributions to this release were made by:

The OMPL web page can be found at http://ompl.kavrakilab.org.